I just saw very tiny sculptures from Boing Boing called Netsuke. Netsuke (ne+tsuke mean “root” and “to atatach”) which are very tiny sculptures starting in the 17th century in Japan, were attached to traditional robes. They used as Inro, which are cases for holding small objects. See all the Netsuke photos pool at flickr. 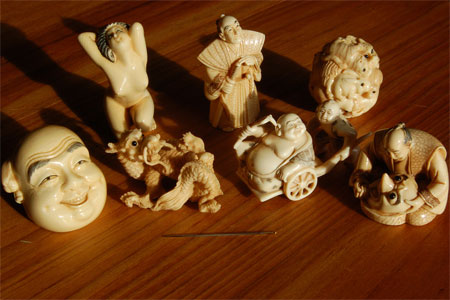 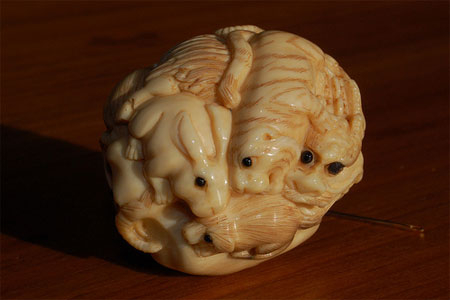 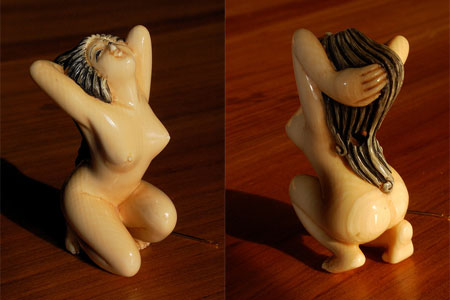