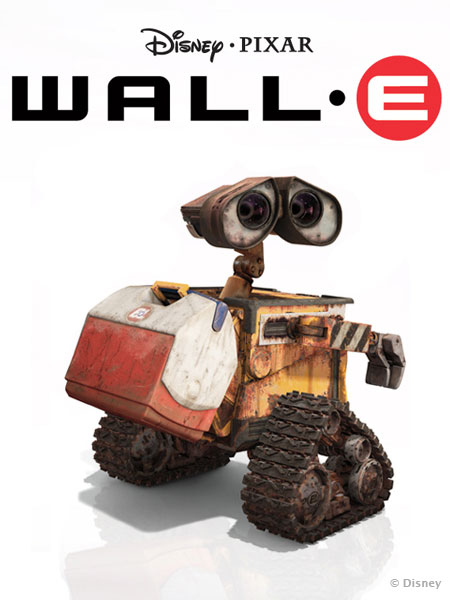 I’ve been watching WALL-E (short for Waste Allocation Load Lifter Earth-Class) trailers since I saw in Apple web site. WALL-E is the latest creation of Pixar, my favorite animation studio, and it’s directed by Andrew Stanton from Finding Nemo. It will be released on June 27, 2008.

It’s not clear yet whether trailers shown in various web sites including Disney, Pixar, Apple, etc will be in the WALL-E movie or not. But this movie will be one of my favorite movies in 2008. I’m waiting, WALL-E.

WALL-E is the story of the last little robot on Earth. He is a robot and his programming was to help clean up. You see, it’s set way in the future. Through consumerism, rampant, unchecked consumerism, the Earth was covered with trash. And to clean up, everyone had to leave Earth and set in place millions of these little robots that went around to clean up the trash and make Earth habitable again.
Well, the cleanup program failed with the exception of this one little robot and he’s left on Earth doing his duty all alone. But it’s not a story about science fiction. It’s a love story, because, you see, WALL·E falls in love with EVE, a robot from a probe that comes down to check on Earth, and she’s left there to check on and see how things are going and he absolutely falls in love with her.