I have been using Flickr to share my photos with my friends for a while. After upgrading to Pro account on Flickr and I saw that I have uploaded more than 300 photos in my Flickr account. I always upload the photos in original size and some of the photos I uploaded in Flickr weren’t not found back in my machine. I have been searching for a tool that can backup photos in Flickr in original format. I even decided to write an application to download the photos from Flickr using Flickr API if I can’t find app.

Last week, I found one on Flickr community which is called Bulkr. Bulkr is an Adobe AIR application that can download all of your photos in your Flickr account in several formats like thumbnail, small, medium, large and original. It can also download photos by Set or your Favorites photo saved in Flickr. To use Bulkr, your system must have adobe AIR and you need to give authorize permission to Bulkr in Flickr. 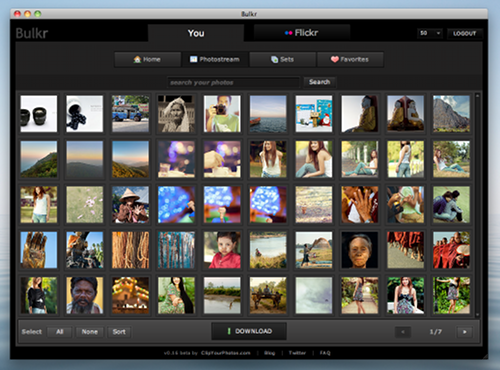