Google released its Google Sitemap Generator at Google code licensed under Apache License 2.0. Sitemaps are very useful for webmaster to tell the search engines about the pages of the sites which are available for crawling. This Google Sitemap Generator supports for both Apache server on Linux and Windows IIS versions. Installation guide is very useful and of course installation on your own server is easy.

Microsoft released windows 7 for testing purpose only on last January 9th, 2009. I am one of them who downloaded it. I tried to install on both of my PC and laptop but with no luck. I had problems on both that Windows 7 did not start properly (blank black screen) after successfully installation. Successfully installation? huh. Those problems solved when I install Windows 7 on VmWare. Surprised? It comes with few applications since it released as testing purpose. I don’t have plan to use Windows 7 right now. Thinking of why they released Vista? Now I’m happy with oldie XP and Vista. This is the snapshot from Windows 7 in VMWare. 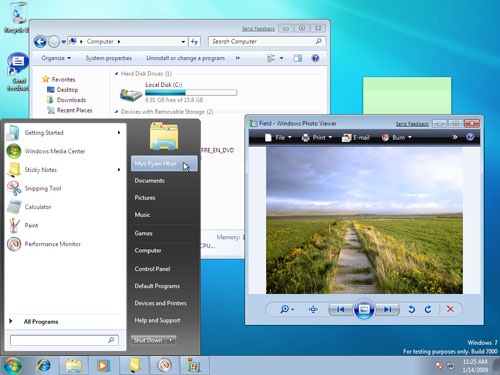 Microsoft released new theme for XP and 2003 which found in Windows Embedded standard CTP refresh. You can download from Mirror because it is not publicly available from Microsoft yet. 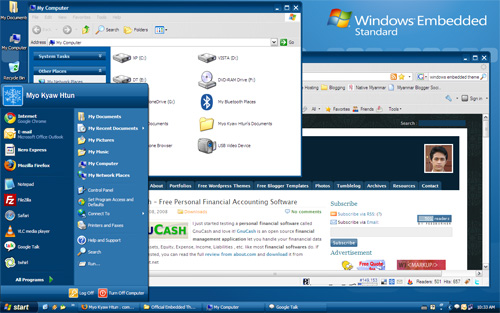 Power Menu: An utility to sent the applications to System Tray

I like system tray because I don’t want clutter windows taskbar when I am running several applications. Some applications like Gtalk, Windows Messenger, Yahoo Messenger have that  system tray feature to show in System tray as icon instead of showing in Windows Taskbar. Power Menu is a small utility that can sent application to the system tray. It will automatically add Minimize to Tray menu to the Windows control menu of any running applications after installed. It also has Priority, Transparency and Always on Top features as well. For those system tray fan like me, this is another must have utility for Windows to install.

END_OF_DOCUMENT_TOKEN_TO_BE_REPLACED

If you want to login as administrator account in Windows Vista, you can use the following steps.

1. Run the command prompt as an administrator. 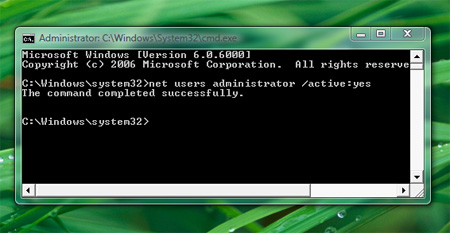 If you want to hide the administrator account back, just type following command

Note : You can also use the same technique for other account name too. Use ” ” for the name contains white spaces.

LogonStudio Vista is a free software that enables you to change your Windows Vista logon screen. Hundreds of Vista Logon screens are available at WinCustomize.com

I was faced a problem in Vista today. The problem is that all of the folder-names and file-names were missing in large folder view under my drive in Vista. But I can see under sub folders. Strange ? huh. Take a look at the following snapshot. 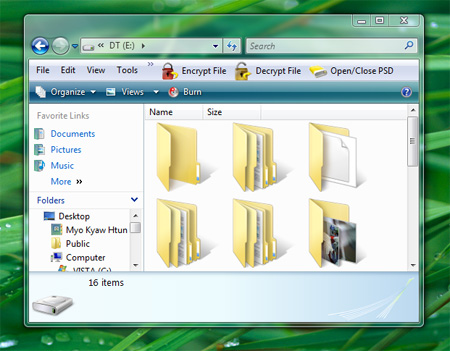 That is always happened when we hold the SHIFT key while we’re opening the drive or folder in Vista. To solve this problem, follow the steps. 2. Hold down SHIFT key and change to “Medium Icons”. 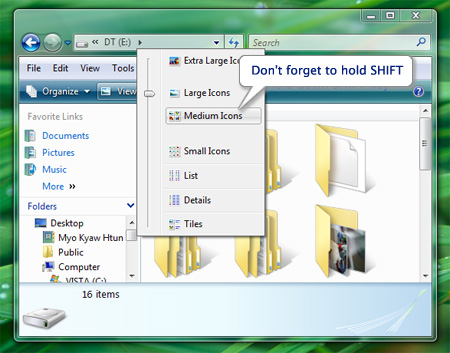 3. Close the Explorer and re-open it again. There you’ll get your folder names and file names back. update: It is also happened in XP.