Inbox2 a desktop client application for combining all your Emails and Social messaging in one place. It can fetch all the mails from Gmail, Hotmail, Yahoo, AOL, MS Exchange mail servers, IMAP and POP3 account as well. Not only that It can receive and update to your Facebook, Twitter, Yammer and LinkedIn updates and messages.

END_OF_DOCUMENT_TOKEN_TO_BE_REPLACED

I have got beta invite from Brizzly last week and I have been testing it for sometimes. Brizzly is a web based Twitter application that allows users to upload the pictures on its own server, ability to put the users into group and images and videos like Youtube video link are shown in status messages. Auto updating status is nice as well. Since Brizzly is in beta state, you need to get invitation from it. I have 10 invites from Brizzly. If you want to get invite code, just leave comment with your twitter username. I will sent to you. 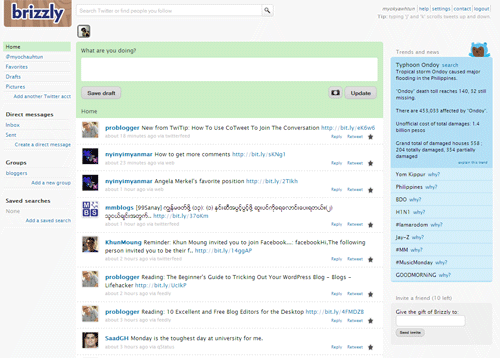 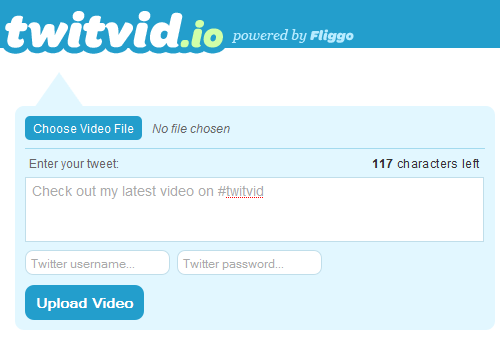 Co-workers in your office might think that you’re extremely busy with spreadsheets. Spreadtweet is an Adobe AIR application looks a lot like spreadsheet that you can retrieve and sent your tweets from it. You can choose layout from Office OSX to Office 2003 and Office 2007. To use Spreadtweet you must have Adobe AIR installed in your machine. 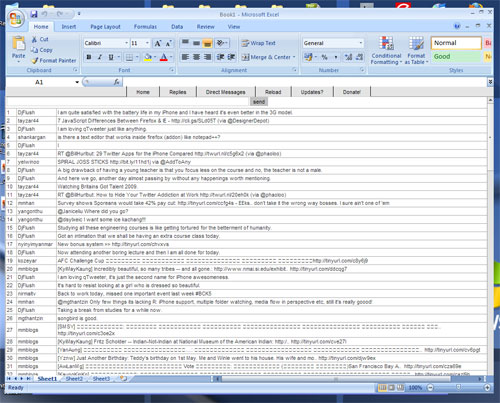 Twitter Grader tool is seemed to be fun for Twitter user. It mesaures the relative power of a Twitter user. Calcualation is based on combination of the number of followers, power of followers, pace of your updates, completeness of your profile and few others. Twitter Grader tool is also a part of Web site Grader, a useful tool to measure your site. Found via Htoo Tay Zar

Phweet is another twitter tool that let you make a conference call with your friends from Twitter. Phweet genereates a shortened url and sent it your friends from twitter along with your message. When your friend visit to generated url and they’ll see the confirmation message that ask whether they accept the call or not. You can start conversation after they accept. Once your conversation ends, the unique URL expires and your session message board disappears with it. Phweet uses flash so your browser must have flash installed. 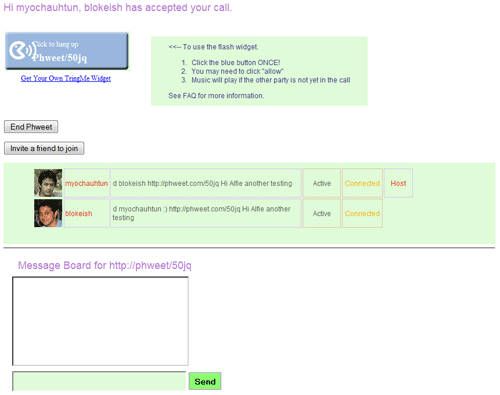