Tweet Cube is the free file sharing service for twitter that you can upload as images, videos, audios and other files as you want and share with your followers on twitter. Maximum upload size is 10MB and old files you uploaded in Tweet Cube will be deleted after 30 days. 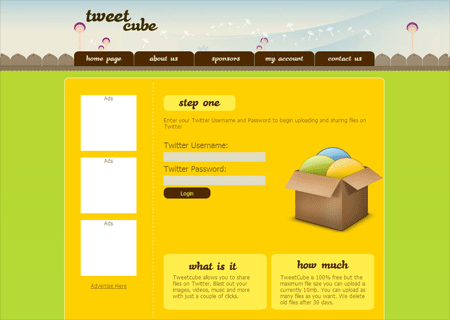 There is similar service called twit+ but it doesn’t store your files.

Ping.fm a ping update service that lets you to update your status of your social network profiles, Blogging services and Micro blogging services from a one place. Services available in ping.fm such as Facebook, hi5, LinkedIn, Myspace, Bebo, Twitter, Pownce, Tumblr, Jaiku, Blogger and LiveJournal (WordPress will be come out soon). You can also post via like Gtalk, AOL, iGoogle, Facebook app, iPhone and Mobile App. Tired of updating your all of your status? Try ping.fm. Though it is in private beta invitation, you can signup by using beta code “pingsauce” (remove quote) to get access. 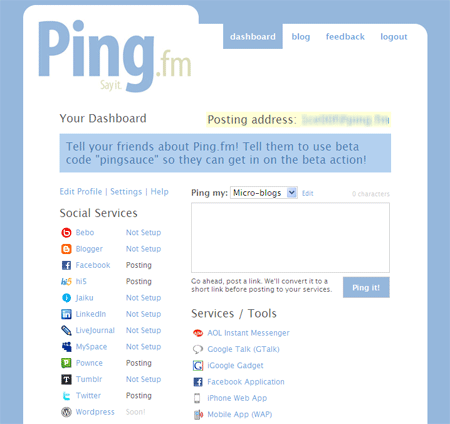 Want to expand your followings on Twitter? You can now expand your following on Twitter with the tool called Twubble. Twubble, Bob Lee‘s project that can look at your existing friends’ friends from your Twitter and it can recommend new twitters for you to follow. It looks like friend suggestions feature from social networking sites like hi5? I think it is the best way to find and follow new twitters. But what happened when you follow too many on twitter? Anway, if you want to expand your twitter, you should try Twubble. 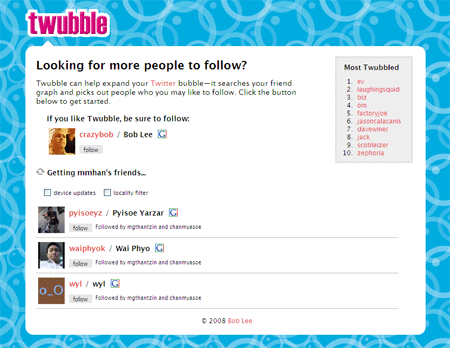 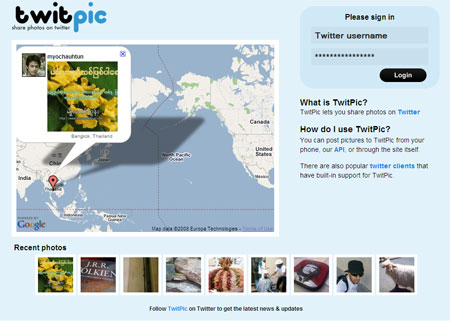 TwitPic allows you to post photos on your twitter from its website or via phone. First you need to login to your twitter account to upload your photo in TwitPic. TwitPic will post the permanent photo link along with the place, tags and message that you save in TwitPic while you’re uploading your photo. 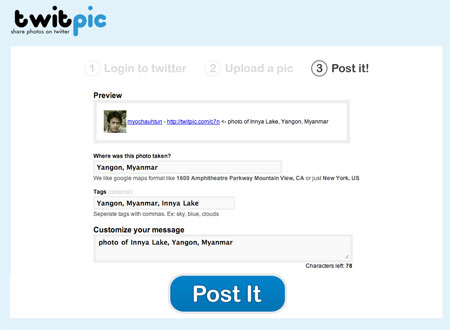 You’ll get your own url in TwitPic same as your Twitter Name (example: http://twitpic.com/photos/myochauhtun). TwitPic also has an API for developers too. You should check it out, if you’re Twitter fan. By the way, don’t forget to follow me on twitter.

Claim your Blog in Technorati 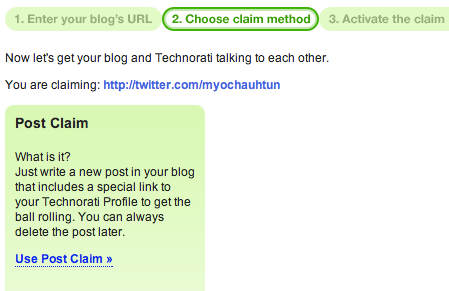 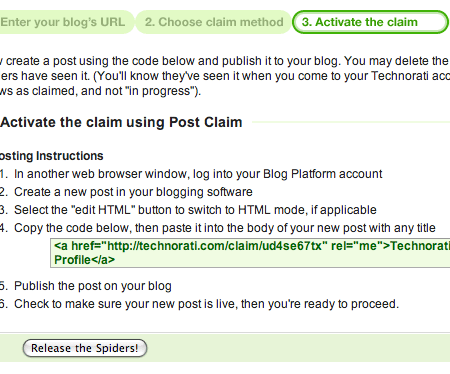 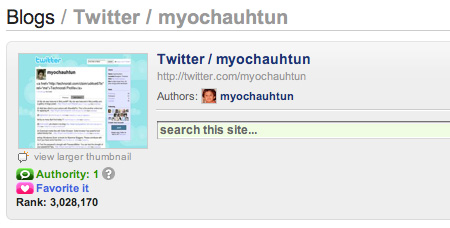